So I stopped by 2nd Avenue Records for Record Store Day 2016 and was happy to pick up the Big Boys No Matter How Long The Line Is At The Cafeteria, Theres Always A Seat! record, which is quite a mouthful for a record title. Sure, this is only the Moment Productions re-issue from 2014 but I've long considered this would make a fine addition to the vinyl collection and RSD2016 was the perfect excuse to make it happen. 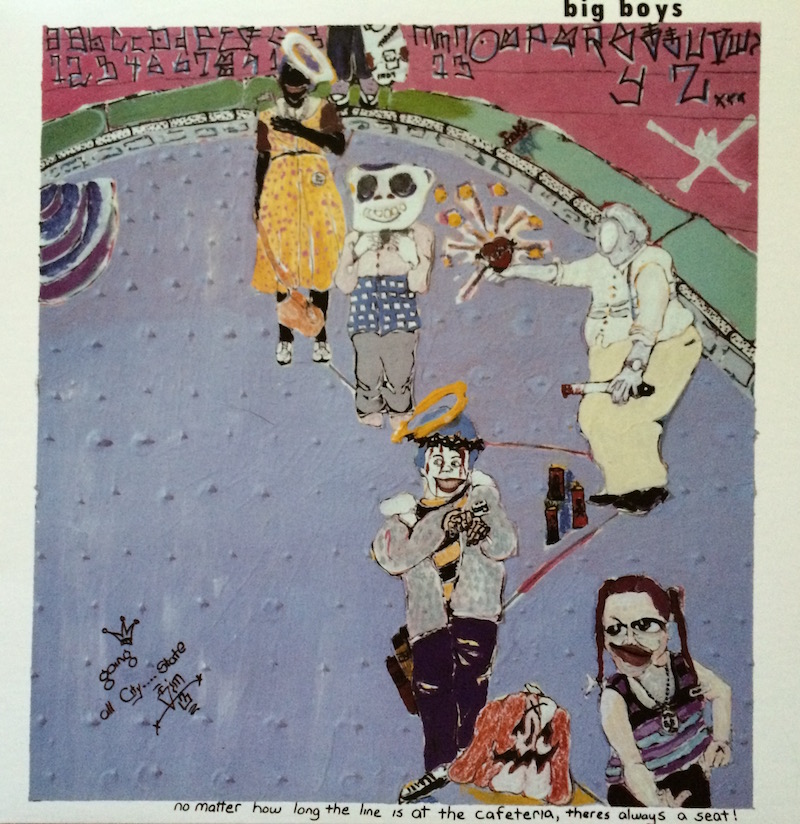 No matter how long the title is,this is a cool LP cover

Anyways, I wasn't planning on mentioning this record when I got it but after several plays last night I feel compelled to put together a few words about it.

Besides that, I can't quite shake a nagging sense of obligation to rebut a prior review I wrote about this record 30 years ago as a teenage version of Papa Punk in the wildly popular punk fanzine YAUO.

Don't listen to that fucking guy. This one - No Matter How Long... - is my favorite Big Boys record, partly because it was the culmination of everything this great Austin band was building up to as they broke new musical ground with their sound. Not coincidentally, it was also their final record, released in 1985.

Tracks like I Do Care ("I don't care/I do care") and Killing Time shine with a remarkably unique sound and experimental funk edge. There's a highly danceable super-funky track called What's the Word? ("the word is funk!") punctuated by a sweet horn section, while record-scratching is featured on the first track of the flip side - a song that would be right at home in the early work of Freaky-Styley-era Red Hot Chili Peppers, who opened for the Big Boys in Hollywood and no doubt were influenced.

Of course the Big Boys had the chops to bring it on the more straight-ahead punk songs here as well, crafting singable fast-paced hardcore with their usual gusto and style.

But really the biggest reason this is my favorite Big Boys record is due to the fact that it includes Which Way to Go - an absolute gem of a song (the very same eliciting the "Husker Du-type pop" pronouncement from the teenage Papa Punk review above). I got goosebumps as soon as I heard the clanging of the opening guitar riff again.

There is an unmistakable wistful quality to the song both musically and lyrically, I felt it back in the day when I first gave it a listen and feel the ache again now. The dual vocals singing together throughout most of the song round out the tone of it and enhance the sense of inner conflict, or so it sounds like to me.

Which Way to Go seems to capture the loss and disorientation that comes with change - growing up, life, changes in the scene, changes in how you look at the scene, etc etc etc.

Listening to this song today with the knowledge that it's been over 10 years since the death of lead singer Randy "Biscuit" Turner further infuses the experience with an extra dose of sentimentality.

I'm reminded of a moment at the end of a night at the old 9:30 club when the sound-man (or whomever) played Which Way to Go while showing a claymation video clip that seemed to fit the mood of the song so well I assumed the Big Boys had made a music video and this was it. Online searching for such a video comes up empty, so it was either brilliant mating on the part of someone at the 9:30 or complete serendipity. When I think of the combination of the sad character in the video with this lovely song the goosebumps come back to me in a rush.

That's a long way of saying that this is simply a beautiful punk tune. 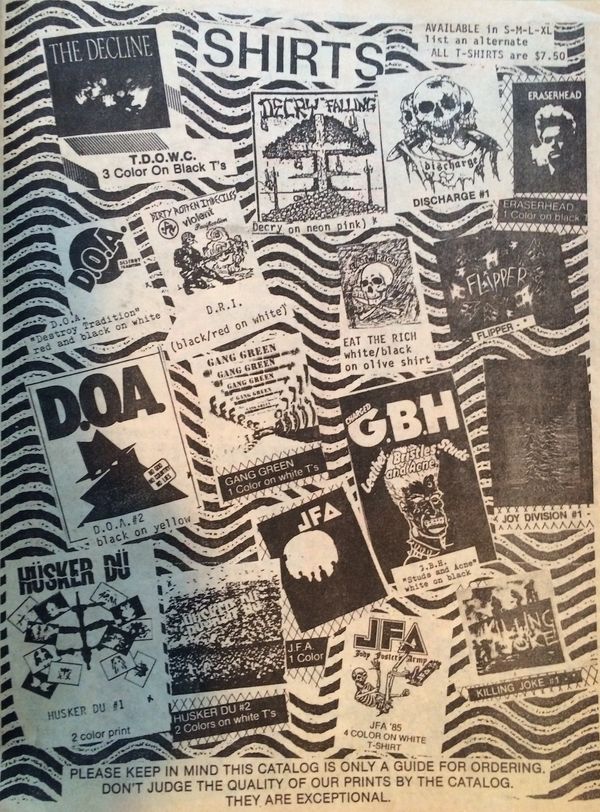 Let's face it. The discovery of obscure bands with hard-to-get records and titles that ran the gamut from irreverent to profane was personally gratifying. But nothing proclaimed punk rock credibility as much as

As I was knee-deep in taxes during the week, this adaptation of the Misfits classic Bullet was playing on endless loop in my head ... Taxes is the reason that the president's dead!