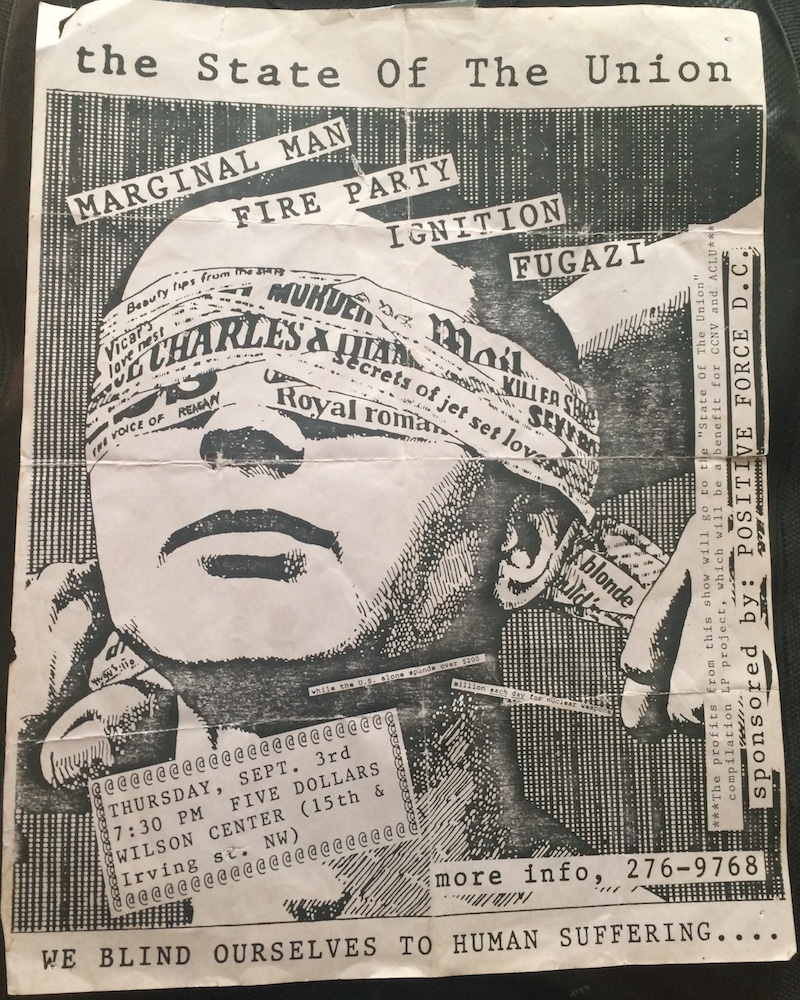 I love this flyer, it has that DIY quality to it while capturing the political urgency of those times. Pretty good line-up too, eh, including a not-too-shabby opening band - all for $5 cheap!

Sadly I can't remember if I went to this despite having the flyer, as I likely would've been starting up Fall semester at an august institute of higher learning. I can almost picture myself that evening after classes wistfully staring at the flyer doing my best to conjure up the sounds and sights of the show in my head. But just as easily I could have been shot-gunning a beer and banging my head to Guns N Roses.

It is with a trace amount of irony I note that the Positive Force crew was thoughtful enough to include an address to the Wilson Center, that elusive near-mythical bastion of DC punk rock shows that had so confounded me and my brethren in the early years.

The notes for this show on the Dischord web site are worth a look-see, I'll end with a quote from it:

"Aside from the fact that this is one of few shows that features Fugazi as an opening act, it is also one of few Fugazi shows played as a three-piece, with even Brendan actually sitting in “on loan” since he was still in Happy Go Licky at the time, a short-lived band featuring fellow Rites of Spring adepts Eddie Janney, Guy Picciotto and Mike Fellows. " 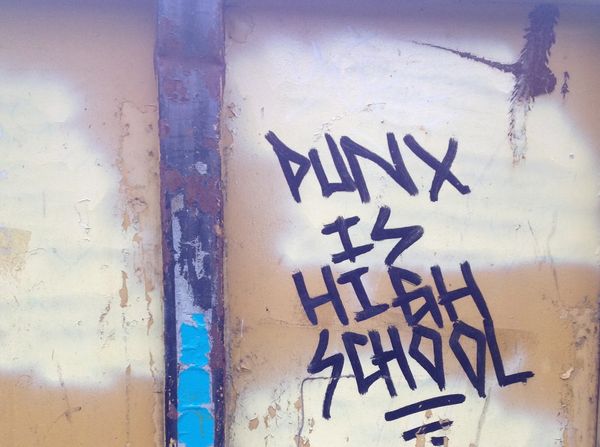 And school is back in session! For the many tens of readers out there, my apologies for the lack of posts this summer. As lamented in this Die Kreuzen standard: "it's been 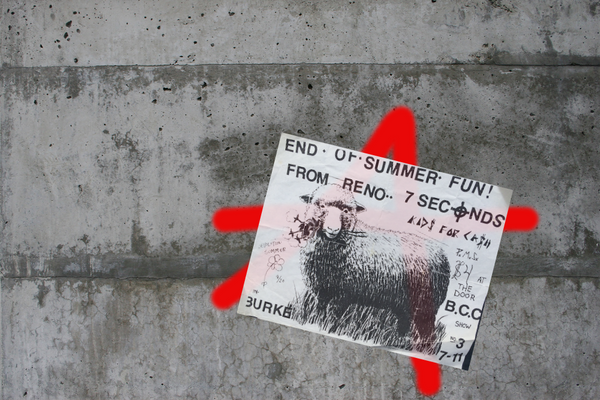 As I pulled together remnants of memories of long-past shows to do a little post about slam-dancing, I had more vivid recollections of a certain few shows that particularly stood out due to