It's been a little stretch of perfect weather in my fair city of Portland, tailor-made for whisking about town on a bicycle. Imagine my joyful surprise when - after alighting from my steel steed (Surly so punk) and bending to the task of locking frame and front wheel to bike staple - my slow gaze fell on this sticker with Ian mugging at me. 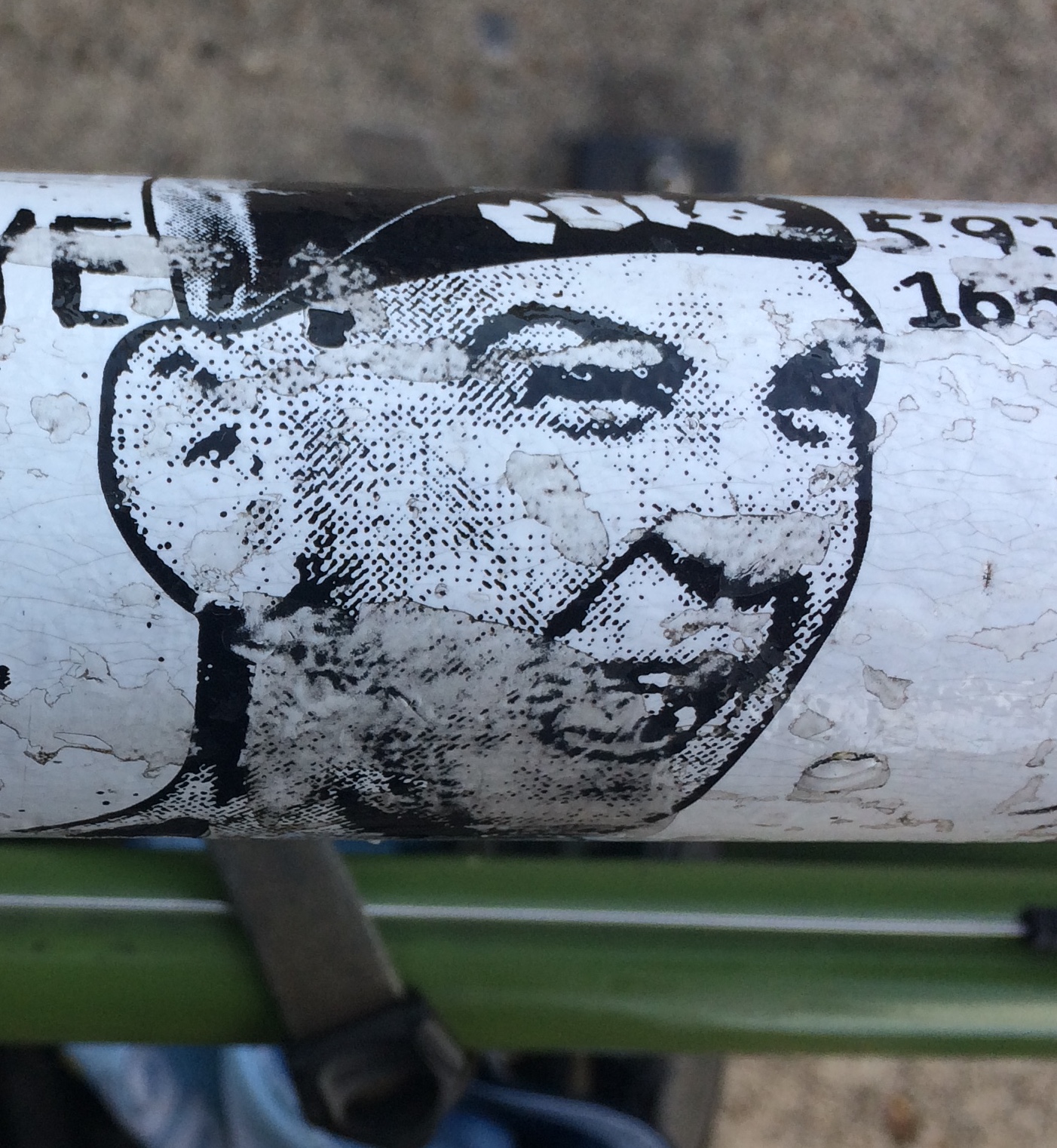 This is such an outstanding sticker - it embodies the DIY esprit de corps championed by Ian, with the crude handwriting, black and white color scheme and elusive meaning.

It nails Ian's angry likeness in simple dots and lines, and with the flipped up cycling cap, it casts a knowing or perhaps even deprecating wink at the bike-obsessive among us punky types, with which Portland is teeming.

Presumably the missing chunk of the sticker contains the text "Ian", which means his name is floating out there somewhere in the streets.  But the dude's face in full holler is so iconic that the "Ian" is unnecessary anyways.

In fact, one could argue that the "Mackaye" part is wholly overkill even with the first name missing.

Whether intentional or not, the full text "Ian Mackaye Rides a Bike" - with the use of present tense - flows in a way that calls to mind this:

It sounds like a title that might appear in an anthology of classic children's stories featuring everyone's favorite punk rock heroes.

This declaration also elicits other questions. Is it highlighting a one-time event so noteworthy that it deserves commemoration? Or is it a statement of ongoing activity - that Ian typically rides a bike - and is there a hint embedded in there that therefore you should, too?

It's worth mentioning the height and weight measurements in the upper right, which adds to the mystery. What does it mean? Is it code?

And I would be remiss if I didn't add that the equal-part punk and bike dork sides of me have been trying to puzzle out the reference under the cycling cap bill. Pretty sure it's not "Ruts", but it's close. Definitely not "Robo".  I want to say it's "Rolf" (as in a maker of road bike wheels ) but I don't think so.

Then again, I may very well be overthinking this. 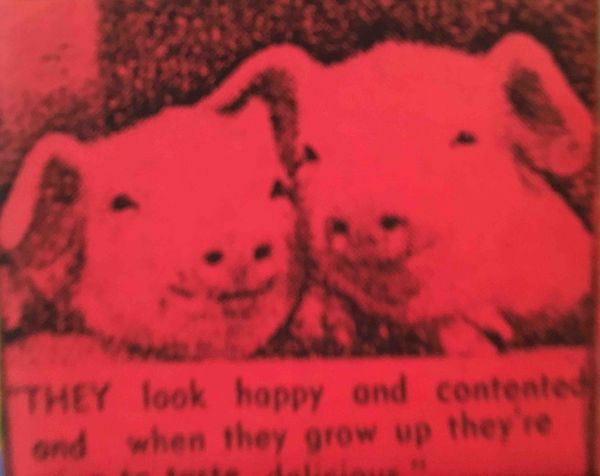 My mind got to racing on the crucial matter of whether or not I still had the Oi Polloi red demo tape with the pigs on it. The next day I dug through my single box of tapes and sure enough, there it was. 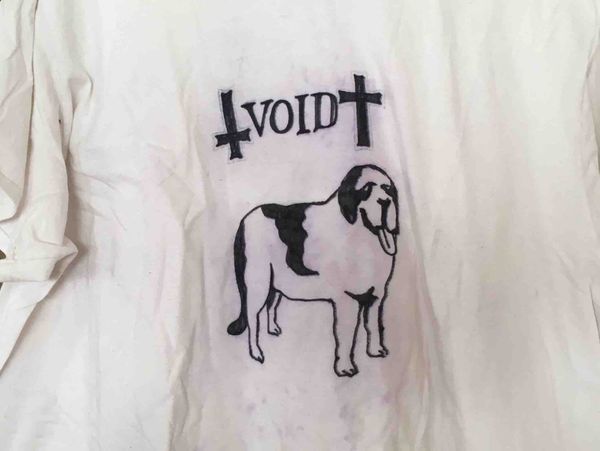 Not once but twice, on two separate radio shows within the last couple weeks a show host made reference to almighty Void. If that ain't serendipity nudging your esteemed Papa Punk off the sofa and back to posting with a sharp kick, I don't know what is.